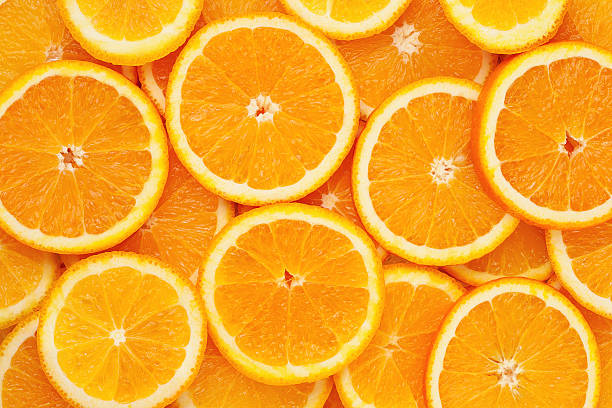 A great way to illustrate a point is to tell a story that embodies the concept.

I tell a lot stories in my work. They are all true to the very best of my recollection although I change or omit identifying information in most of them.

Some are personal stories, like this one about my uncle. It illustrates the most liberating lesson I ever learned in my emotional life:  that is, during difficult times, we are not helpless victims of whatever racing thoughts or rampant fears first pop into our minds. Instead, we can choose to focus on a thought, a phrase, a word or an image to empower us.

My mother’s brother Thomas was born into a large, scholarly, patriotic and religious family.  He grew up to become a priest and took the name “Father Casper” when he entered the Passionist Missionary Order of the Roman Catholic Church.

In 1939, he was assigned to Hunan Province in mainland China. Chiang Kai Shek, President of the Republic of China at the time, warmly welcomed Christian missionaries and my uncle quickly grew to love this impoverished, rural community and its hard-working people.

He became pastor of a parish that included a church, a rectory,  a school for boys, a school for girls, a convent, an orphanage and a residence for blind people.

In addition, he oversaw the construction of a hospital which was dedicated in 1948.

President Chiang was driven into exile in the late 1940’s, however, and the Chinese Communist Party assumed power. Party Chairman Mao Zedong became the new leader of the country.

Mao’s regime was vehemently opposed to missionary activities. It launched an aggressive and abusive program to force clerics out of the country in which accusing members of the clergy of a capital crime, arresting them on false charges and subsequently torturing them into admitting “guilt” in a signed confession was an especially egregious tactic.

Father Caspar remained in service to his parish until he was arrested. Maoists also confiscated the hospital he’d built and placed a Red Star above its entrance.

The population of China is immense and its system of justice very different from our own.  At that time, if the accused signed a confession, authorities did not take time for a trial. The person was simply brought into court and sentenced.  If the sentence were death, the person was taken outside and executed by gunshot immediately.

Father Casper was accused of ordering a teen-aged boy employed in his parish to tear down a sign containing Communist propaganda.  The boy had been arrested earlier and – after being tortured until he signed a bogus confession which implicated my uncle – he had been sentenced to death and executed.

Consumed with grief, my uncle understood that he would be executed as well if he were to sign a confession admitting to the alleged misdeed. When he refused repeatedly to do so, exasperated authorities attempted to persuade him.

He was tortured mercilessly for seven hours until his tormentors finally gave up and brought him to trial. On the basis of the boy’s earlier, coerced confession, he was declared guilty and ordered expelled from China.

Authorities put him on a train after the verdict, forcing him to leave the country without learning anything about the fate of other members of his parish and without recovering any of his personal belongings.

The train trip took three days.  Father Caspar anticipated that authorities on board would kill him anyway, possibly by pushing him off the fast moving train, but he reached an ocean port alive and was put on a ship bound for Italy.

He was in such deteriorated condition by the time he returned to missionary headquarters in Rome that authorities there sent him to the United States to recover from his experiences and his wounds at his mother’s residence just outside of Boston.

His mother, of course, was my grandmother.

It was summertime when he returned. I was a young child staying with my grandmother at the time and I can remember being asked to move to another bedroom in the house shortly before he arrived so that “Uncle Father Casper,” as we grandchildren called him, could be given the guest room that I had been using.

Father Casper was a kind, beloved and vivacious man.  We were all tremendously excited whenever he returned to the United States for a visit, usually bringing wonderful gifts with him from his travels abroad.

This time he seemed to be distraught, sad and weary and he slept most of the time.

It wasn’t until I grew older that I learned what had happened to him in China and the story was one of such remarkable triumph over adversity and such determined will to survive that I have never forgotten it.

There was a coping strategy Father Casper had used to survive which he’d learned about in a conversation with his younger brother Peter a number of years earlier.

Peter was an Air Force pilot during World War II, a decorated hero who had flown numerous bombing missions during the war.  He had earned the designation “Ace” pilot for his service, which is roughly today’s equivalent to an Air Force “Top Gun.”

During his military training, Peter had learned how to endure torture in the event his airplane were shot down and he was captured alive and he had discussed that possibility at the time with his brother Thomas, who was by then a priest.

Peter had learned not to focus his thoughts on whatever might be happening to him but to calm his mind by thinking intensely about an objective and neutral object.

He had been taught that the mind can only hold one thought at a time and that if he would deliberately choose to focus on a neutral phrase or object, he would be far more likely to survive.

Father Casper used this strategy to save himself.  He decided to focus on an orange.

He thought about its vivid color, its taste, what an orange looks like and smells like and how juice droplets would splash up at you when you squeezed one.

He contemplated the dimpled texture of its outer skin, the smooth, white lining inside and what individual segments of an orange looked and felt and smelled and tasted like.

He imagined eating segments one by one and he recalled how an orange looks when sitting in a bowl of fruit and when growing on a tree.

He focused on what orange seeds looked and felt like, what color they were, how slippery and slimy they could be and how they could be planted to grow new oranges.

He focused intensely on every attribute of an orange that he could think of for the entire seven hours and never signed a confession, which he knew would have been his death warrant.

During the long train trip, he calmed his racing thoughts and rampant fears in the same manner.

Father Caspar eventually recovered sufficient strength to return to Rome where he rose over time to become an official in the Vatican and an adviser to the Pope.

What I learned from the story of my uncle’s determined effort to survive is that there must exist within each of us such a quality as emotional self-discipline. I started to become interested then in the topic of emotional education as I wondered whether the boy might also have survived if he had  learned the same coping skill.

While none of us is likely to ever experience the same life threatening situation that my uncle did, there is a lesson in his story:  during trying circumstances, there is a great benefit to focusing our minds on an empowering thought.

In this manner, our reactions to many of life’s trying events can usually be tamed.

It is my hope that you will be empowered to transcend difficulties in your own life by practicing the coping skills and behavioral strategies that I will present in this blog.

I look forward to telling more stories and to teaching other useful skills and strategies but in the meantime, remember this:  you are not a victim of whatever thoughts first pop into your head. On the contrary, you have the ability to select a thought, a word, an image or a phrase that can inspire, enable, empower and even help to sustain you.