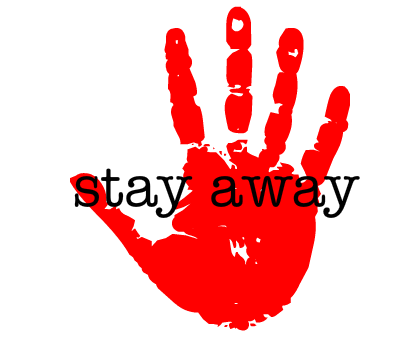 An incident occurred recently in Syracuse, New York wherein a homeless man was invited by a passer-by to enjoy a cup of hot chocolate at a local Starbucks shop. The man explained that he would not be allowed to enter because of a "Stay Away" order against him given that he had fallen asleep in the coffee shop. Although the person who invited him appealed to store personnel, he still was not allowed to enter.

This incident was especially disturbing to me. It reminded me of a Dunkin Donuts incident not long ago wherein a homeless man in Syracuse, NY suffered a bucket of water being dumped on him by an employee of Dunkin Donuts. He had reportedly fallen asleep there.

A similar incident occurred when I gave a local homeless man several gift cards to a Subway sandwich shop. He was allowed to purchase items there but was required to eat them outdoors.

I have worked with homeless people on the streets for nearly 20 years and have distributed many thousands of dollars worth of coffee shop and fast food restaurant gift cards in the Syracuse and Central New York areas over the years. These were nearly all provided to me by a children's charity. One reason for distributing these gift cards was so that recipients could get something to eat or drink but also so that they could enjoy sitting down and being inside for a little while, maybe even using the restroom or charging their cell phones.

People living on the streets rarely feel safe enough to sleep outdoors at night. Many walk much of the night to stay warm and to remain as alert as possible in darkness due to the possibility of predators, especially after the bars close. This is why we often see homeless people asleep during the day in restaurants, on park benches, in libraries, bus shelters, etc. They often fall asleep unwillingly simply from exhaustion and sleep deprivation.

I wish that all businesses would be more hospitable to people in need but I'm also sympathetic to their business realities.

It is tempting to feel anger towards these businesses. However, many area nonprofit organizations solicit and accept grants and donations to care for homeless people. It is not the responsibility of area businesses to accommodate homeless individuals who need a safe place to sleep or to provide restrooms, shelter from the heat or cold, a washroom, phone charging outlets or any other services.

Let us stop blaming the businesses and focus our attention on those organizations that are supposed to be helping homeless individuals. Let us demand greater accountability.

In New York State it is the responsibility of the municipality to "care for the needy." This responsibility may be delegated to area shelters, other nonprofit organizations, outreach workers, etc.  If these kinds of incidents are disturbing to you, my suggestion is that you contact the Mayor's office, not Starbucks, Dunkin Donuts, Subway or any other area business.

I was invited to a meeting of business owners in Syracuse who are struggling daily with trash, urine, feces, etc. on their premises, thereby discouraging clients from coming into their businesses.

I remember as well a series of similar but very public appeals made by a longtime Syracuse business owner. Tragically, one day a homeless man was even found dead behind his business. Customers were uncomfortable about patronizing the business. His public appeals appear to have fallen on deaf ears as he has finally given up and relocated his business to another area.

My concern relates to "blaming the victims" or "blaming the businesses" whenever incidents like these occur. We should be looking instead to those organizations accepting private donations and public funds along with the related responsibilities for caring for people in need. We need to expect performance and demand accountability from them.