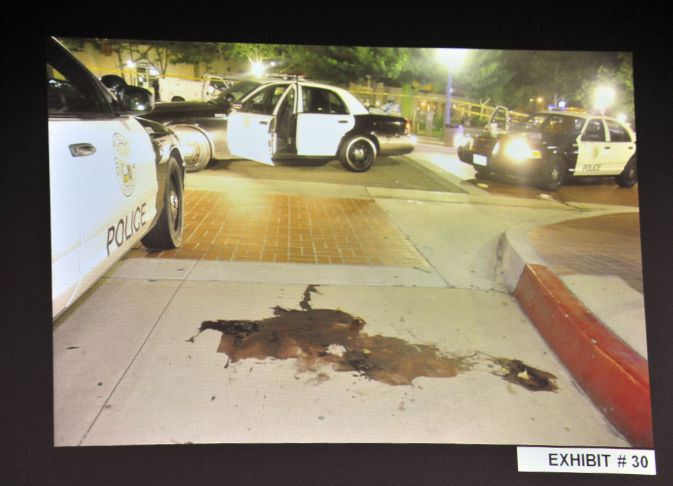 I've met many brave, dedicated, kind and fearless police officers over the years. One who I remember well was an undercover narcotics officer in New York City.

I was visiting a prosecutor involved in a trial. He asked me to wait in his office. A very intimidating looking man was sitting in one of the chairs and I was concerned about being left alone with this stranger. He was not handcuffed or otherwise restrained. We started to chat. He told me that he was an undercover police officer and a possible witness in the ongoing trial.

He told me a lot about what his undercover life was like. I was incredulous at the level of danger that he encountered on a daily basis. He was very concerned about being called to testify because that would disclose his identity and significantly exacerbate the danger.

I attended sessions of the trial over the next few days. In between, I waited in the lawyer's office along with the undercover officer. We had fascinating conversations about life on the streets for a police officer in a big city. It was really hard to listen to, it was so relentlessly disturbing.

Living undercover had clearly taken a toll on this man. He was probably about 30 to 35 years old or so but he looked deeply weary. He'd already been undercover for three years. I still think about him often and wonder if he survived all of the danger.

I met some of the Emergency Services Unit officers at another time. These are elite, highly trained police officers serving on what is basically the New York City swat team except that it's called something different there. They had come to visit this attorney about a case and were exceptionally polite and courteous to me, taking the time to approach and tell me about what a great lawyer they thought my the lawyer was.

When the World Trade Center was attacked, NYC police officers came directly into the danger zone to find my relative and other lawyers there and escort them to safety out of the city. The attorneys were located only a couple of blocks away from the World Trade Center in the downtown area and nobody - including the police - knew what would happen next. I will remain forever grateful to them.  Disclosure:  my son was one of the lawyers in this story.

One of my brothers rose to become a Lieutenant Colonel in the State Police. His wife, my sister-in-law, is a recently retired FBI Agent. Another extended family member became a Captain in the State Police. High ranking officers like these, I've been told, take great pride in outsmarting criminals rather than in shooting them.

I once asked a police officer to assist an elderly homeless woman who was sleeping in the snow next to a trash dumpster. He very gently helped to get her off the street, into his vehicle and into warm and safe housing on a Saturday night when all of the social services offices were closed. I was so very grateful for his kindness to her, his patience and his great courtesy.

When I was in graduate school, I worked in laboratory days, nights and weekends that was located in a remote area of the campus. I was often the only person in the entire building. Campus security officers came by every two hours all night long and into the early morning, including weekends. They would come to my office whenever they saw my car parked outside to check up on me. I made some wonderful friends and heard some amazing stories. That lab was a very frightening place to be working alone. I remain profoundly grateful.

One of my closest and dearest longtime friends is a recently retired police officer.

At the same time, I work with a disabled and homeless population that I know has long had problems with some police officers. Recent reports are that about half of the police killings in this country have been of disabled individuals, many of them suffering from disabilities that are my rehabilitation specialties.

For example, one of the brain injured, homeless individuals I've assisted told me that he was assaulted by a police officer who banged his head into a police vehicle after he'd just injured his head in a dirt bike accident. The officer thought that the dirt bike had been stolen. It hadn't. Given those two injuries, he was disabled for life. He was only 14 years old.

The photo at the top of this post is of an evidence exhibit presented during the trial of six police officers who beat a psychiatrically disabled homeless man named Kelly Thomas to death in Fullerton California. It is his death site. A video of the assault can be found online. It is too gruesome to post here.

So... this is a topic of very intense and very conflicting emotions for me.

There needs to be a solution.

Brutality is not ever OK.